(ENGLEWOOD, NJ) — Bergen Center for the Performing Arts (bergenPAC) announced new shows for the holidays and the new year. Two performances of Virginia Rep on Tour’s adaptation of Dickens’ “A Christmas Carol” will take place on Sunday, December 18 at 1:00 p.m. and 4:30 p.m. Based on the most discussed current events, Capitol Comedy will target Washington politicians and social chatter through skits, songs, and parodies on their new show, “Two Cheers for Democracy,” Friday, January 13, 2023 at 8:00 p.m.

Virginia Rep on Tour presents “A Christmas Carol” by Charles Dickens and adapted by Steve Perigard with music and lyrics by Paul Deiss. Performances take place on Sunday, December 18, 2022 at 1 p.m. and 4:30 p.m. Tickets range from $15 to $29. 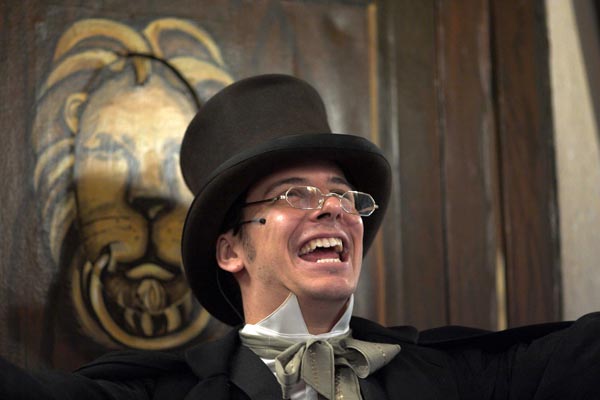 Perhaps the most beloved holiday story of all time, Virginia Rep on Tour’s adaptation of Dickens’ classic is especially suitable for kids in kindergarten through 5th grade. Watch Mr. Scrooge change his mind from stone to gold as he is visited by Christmas ghosts. All the joy, feeling and meaning is there, without being too scary for young audiences. Content and subject matter are linked to the school curriculum, especially family ties, language arts, classic literature, music, and reading.

Virginia Rep on Tour is the nation’s second largest traveling theater for young audiences. Founded in 1975, the company is internationally recognized for its excellence in theater for young audiences. In 2002, Virginia Rep on Tour’s production of “Buffalo Soldier” was performed, on demand, at the Pentagon to open their celebration of Black History Month. The company performs annually to more than 500,000 students, parents and teachers in 33 states and the District of Columbia.

Advertise with New Jersey Stage for $50-$100 per month, click here for more info

Capitol Comedy: Two Cheers for Democracy will take place on Friday, January 13, 2023 at 8:00 p.m. Tickets range from $29 to $49. Capitol Comedy new show, “Two Cheers for Democracy” takes on all-time favorite songs like “Stuck In The Middle With You” by Stealers Wheel, “Some Enchanted Evening” by South Pacific, “Reciprocity” of Chicago, and The Beach Boys’ “Surfer Girl,” and gives them some tweaks and a new set of lyrics that will have audiences rolling down the aisles. Think ‘Stuck In The Midterms With You’ as moderate voters await in dread the fall 2022 election or ‘Some Election Evening’ as a Liberal staffer discovers that in politics, love does not win of all. 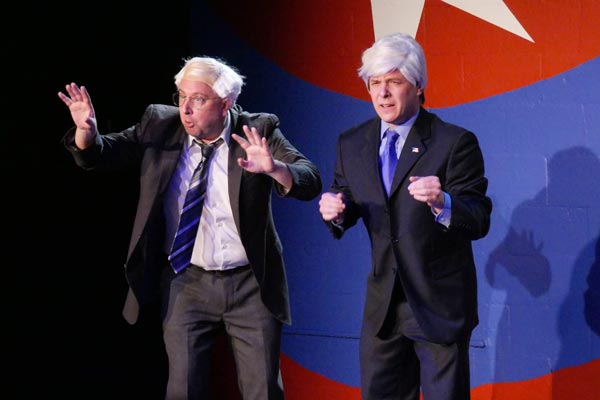 If you fancy seeing ‘Two Old Guys’ (Biden and Sanders) making a soft shoe or Kamala Harris lamenting that maybe becoming vice president wasn’t such a good idea, then you’re sure to find”Two Cheers for Democracy » the embodiment of pleasure. The production is also evolving to include skits and songs to poke fun at new developments in our political landscape and society.

Founded in 2003, the 1,367 seat Bergen Center for the Performing Arts, or bergenPAC, is the region’s cultural mecca. Housed in a historic Art Deco-style theater featuring one of the best acoustic rooms in the United States, bergenPAC attracts a stellar roster of world-class entertainment. The jewel in our crown is bergenPAC’s School of Performing Arts – the innovative and educational performing arts initiative which, through programs, courses, outreach, school performances and theater performances principals, reaches more than 30,000 students and young people in the community each year. The performing arts school offers young people in the community, aged 2 months to 21 years, a unique “hands-on” training in music, dance and theater by industry professionals. It is through the continued generosity of sponsors, donors, members and patrons that the 501(c)(3) non-profit corporation bergenPAC and The Performing Arts School are able to thrive and enrich our community.

The Bergen Performing Arts Center (bergenPAC) is a theater of and for the community it serves throughout Northern New Jersey by leading the way with creative guidance, an educational resource, and an engine of economic vitality. A 501(c)(3) non-profit organization, bergenPAC’s mission is to make the performing arts and arts education accessible to its diverse community by building an innovative home for artists and teachers of excellence and relevance that entertain, enlighten, inspire and inform their audiences and students. The bergenPAC School of Performing Arts is the region’s premier arts and cultural education facility in Northern New Jersey that will guide and unleash the imaginations of our youth and expand the lives of our adults. Invest in the arts by taking a leadership role in supporting renovation and arts education.