Professor R. Sivachandran, member of the Central Committee of Ilankai Tamil Arasu Kachchi (ITAK), in an interview with the Daily Mirror by email, advocates the federal structure of government for the North and East. ITAK is currently the dominant ally of the Tamil National Alliance (TNA). Expressing his views as a constitution-making process is underway, he asserts that powers cannot be delegated in a form of unity government like today, responding to the aspirations of the Tamil people. Excerpts from the interview.

Q. There is a strong demand for federalism on your part. What exactly are you referring to as a federal solution?
What we mean is two levels of government. Each acting directly on its citizens. A formal distribution of legislative and executive authority and a distribution of fiscal resources between the two orders of government. This includes certain areas of authority for each order. The representation of regional points of view within central decision-making institutions is also sought in this exercise. 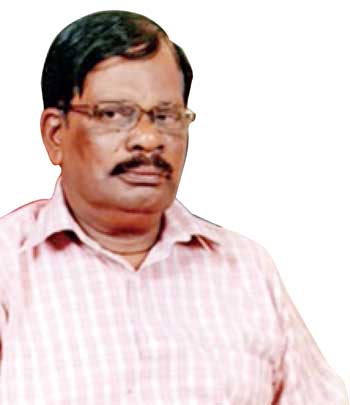 Here, a chamber composed of regional representatives at the center to prevent the center’s unreasonable encroachment on regional powers is sought. In a federal structure of government, a balance must be maintained. Neither level of government should become dominant. One cannot dictate decision making to the other. One should not be legally subordinate to the other.

Devolutionary federalism should redistribute the powers of the state among its entities which obtain an autonomous status in their area of ​​responsibility. The aim is to achieve unity within a diverse and pluralistic society. This system has proven to be efficient and user-friendly, it restricts powers and promotes participatory democracy. People far from the capital will have better access to those in power. A regional government will be able to focus on the particular concerns of the given area and act according to the wishes of the people. It provides for a shared government in the center and autonomy in the regions with dignity for the people.

Q. There is an argument that power should be decentralized, not vested. What are your points of view?
The decentralization of power has long been followed in Sri Lanka. In the local context, this did not meet the needs and aspirations of populations far from the capital. Within the framework of decentralization, certain decision-making powers of the central government are exercised by officials of the same central government located in different parts of the country. This lacks the participation of the population and its elected representatives. Therefore, decentralization is not an effective and efficient system to meet the needs of people far from the capital.

Q. How do you support your argument that the North and East are the exclusive home of Tamil speaking people?
There is no doubt that the North and East have been the homeland of Tamil-speaking peoples since time immemorial – where their language, religions, culture and distinctive features have followed each other for centuries. This was also accepted by the colonial rulers. In the 13th Amendment to the Constitution, it is said that the North and East were historic dwellings of Tamil speaking people. The words “exclusive homeland” may be replaced by “homeland”. Before people settled from other parts of the country through state-sponsored settlement programs since the creation of the Galoya program in the 1930s and other settlement programs, Tamil-speaking people were the majority predominant in the north and east. The general tendency of the world is to delimit regions on the basis of their linguistic identity. This also applies to the North and the East. Tamil-speaking people are the majority in the north and east, and they legitimately claim their homeland as Sinhala people in other provinces of Sri Lanka.

This unnatural awareness was forced on Tamil-speaking people by discriminatory laws introduced by successive regimes after independence. While equal rights and privileges are granted to all communities across the country, all citizens, regardless of race and religion, feel Sri Lanka as their homeland.

The 13th Amendment made Tamil an official language of Sri Lanka. There has not been much progress in implementation despite our efforts. In practice, the Tamil language has been relegated to the rank of provisional language. The language rights of Tamils ​​must be guaranteed. Bilingual administration in the specified division secretariats should be implemented.

Q. To what extent is a political solution realistic and in line with the aspirations of Tamils ​​in the context of current political developments?
The majority of citizens voted for change in the January 2015 presidential election. They voted to preserve democracy and defend human rights and good governance. Finding a solution to the ethnic question has long been felt. This problem affected all sectors of the country. The formation of a government by the United National Party (UNP) and the Sri Lanka Freedom Party (SLFP) with minority parties has created a favorable condition for the search for a political solution that can be found.

We believe that no citizen advocates separatism. Minorities want a sense of security, peace, equality with the Sinhalese. Some politicians deceive the masses by saying that federalism is separatism. Politicians should not be working for their political agenda. They must work for the well-being of the people. Politicians and prominent figures in civil society should explain to the people how ethnic problems were solved in developed and underdeveloped countries after devastating wars. The aspirations of Tamils ​​can be realized under an undivided Sri Lanka. If politicians act like statesmen, this is not a major problem.

Minority rights on the altar of judicial-executive friction in India – TwoCircles.net