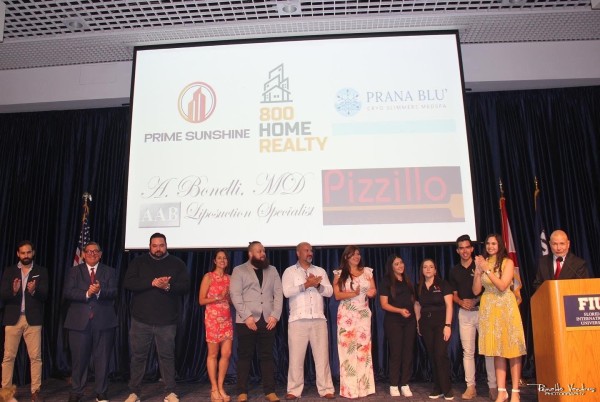 Guardians of Human Rights Foundation – Photograph of the Third Congress on Democracy and Human Rights by Reinaldo Vandres.

Miami, Florida – October 24, 2022 – The Human Rights Guardians Foundation Congress event was held on September 3 in association with the Venezuelan Student Alliance of the CRF. The event brought together 163 participants, including Saúl Díaz, President-Commissioner of the Town of Sweetwater; Magdalena Briceño, representing Deputy María Elvira Salazar; Christopher Zegarra, who is on the team of Florida State Rep. Juan Fernández-Barquin, and Connie Palomo, executive director of the El Salvador Chamber of Commerce.

The presenter was Kike Posada, a renowned television presenter, who did an excellent job in English and Spanish throughout the Congress. 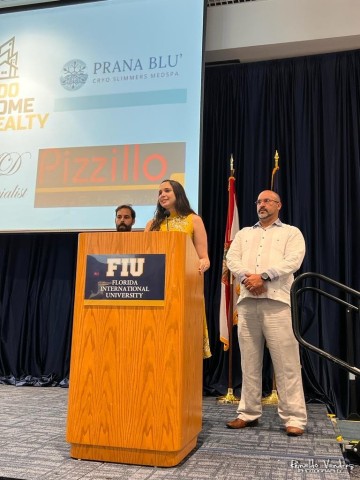 Zarai Maza & Edgard Simón Rodríguez The board of directors of the Human Rights Guardians Foundation, photography by Reinaldo Vandres.

The organization’s Board of Directors (Zarai Maza, Juan Plaja and Edgard Simón Rodríguez) gave the initial salute, after which the President of the Alliance of Venezuelan Students of the CRF, Gabriel Rondon, said a few words, after what the speakers talked about on different aspects. human rights. 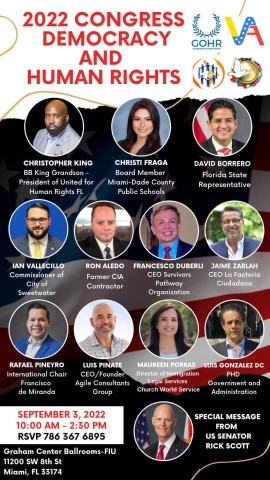 The panel of keynote speakers consisted of the following people:

At the end of the event, an important letter from US Senator Rick Scott was read, in which the US Senator reaffirmed his commitment to the fight for human rights and democracy.

Alliance of Venezuelan Students for the 2022 Youth, Democracy and Human Rights Congress. Thank you for inspiring our young people to become defenders of freedom around the world”.

“As Americans, we must support all who are oppressed by dictators and denied the right to live freely. I am proud to represent Florida families and will never stop fighting to protect our freedom and help bring a new day of freedom to those around the world. You have my best wishes for your continued success.” – Rick Scott, US Senator.

Here are some of the testimonials from conference participants.

“I am blown away by the power of this congress. It was educational, motivating and above all almighty. The look and feel was clean and professional. The hospitality was also above and beyond. The speakers and the guests and the general movement are absolutely supreme and I hope their reach and influence on society will increase. I think it is important for society to know about these individuals who are the movers and shakers of the world to create a better world”.

“Dear Zarai, my greatest respect to you and your outstanding organization for such a powerful and exceptional event. It was an honor to be at your conference. I give thanks to the Lord for your life and those who worked beside you to make this event a success. All the speakers were of such caliber and had an impact on my life. I look forward to your vision”.