Princeton University Professor Emeritus Robert Wuthnow, one of the most prolific social scientists of his generation, has made an impressive career in being willing to non-dismissively examine the sociology of religion, culture and civil society in America. Now retired, Wuthnow’s new book, Why religion is good for American democracy, further demonstrates this willpower, unlike too many people in the academy. When and where it matters, Wuthnow places faith-based philanthropy in the context of what has also maintained and will keep our democratic system healthy.

Its general assertion in the book “is that religion is good for American democracy less because of the unifying values ​​it could provide and more because of religion’s ability to juxtapose diversity, values, interests and moral claims, ”as explained by Wuthnow, a pupil of Robert Bellah.

All along Why religion is good for American democracy, Wuthnow offers examples from history of how this unique capacity of religion has been maximized, to great benefit. Some of these examples include the financial empowerment or expansion of this capacity by faith-based, inspired or motivated donors.

Wuthnow’s keen analysis of the benefits of religion deriving from the diversity of viewpoints it brings, more than any unity it can inspire, itself gives rise to further thought-generating analyzes, may -be especially in the context of philanthropy.

There is a lot, and more and more, of religious diversity in America, yes, and that is good. There is also a lot of faith-based philanthropy and charity in the country, thank goodness. It brings a lot of benefits. At the peak of philanthropy, however, if it’s simply measured numerically (by assets, grants, income, selection), there really isn’t much diversity, at all.

In fact, although almost “religious” in nature, there is a monocultural unity of aggressively secular and progressive values ​​among institutional and individual donors to the American establishment, and it is bad and to our detriment. Fully realizing the difficulties and challenges of attempting such categorizations, try to name three traditional, socio-conservative religious people from among “The 50 best donors in America”, as compiled by Forbes.

One of Wuthnow’s main examples of the beneficial role of religion in Why religion is good for American democracy is the reform of social policy in the 1990s and early 2000s. “The debate has split along partisan lines between advocates of private charity and advocates of government programs. The arguments of religious groups have often split in this direction, ”according to Wuthnow.

From these debates on well-being, Wuthnow then turns to broader, still asked (and answered) questions about growing wealth inequality. One part of this “debate emphasizes individual freedom, which means limiting the role of government intervention in the economy and turning to private philanthropy to close the wealth gap.” Some religious groups have found their voice in defending these views, ”he writes. 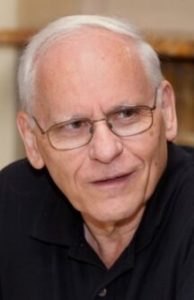 “A different approach has drawn attention to the social responsibilities of companies,” he continues. “By relying on the Rerum Novarum the Papal Encyclical of 1891 and the Social Gospel of the Protestants of the early 20th century, some religious groups argued for corporate social responsibility. Others “have developed wealth ministries and pro-faith leadership programs,” and still others support “community organization and the living wage movement.”

“Through their divergent perspectives,” Wuthnow notes, “they informed the deliberations on public policy, arguing that it should take into account not only economic considerations but also moral responsibilities. “

The “industrial wealth derived from trade, commerce and infrastructure which opened up the West through canals, navigation and railways influenced religion, shaping it even when its popular appeal was directed to traders,” to farmers and factory workers, ”Wuthnow said.

He cites and briefly describes the support for the explicitly religious activities of J. Pierpoint Morgan, Cornelius Vanderbilt, John Wanamaker, Anthony Drexel, the John D. Rockefellers, the family of Cyrus McCormick, J. Howard Pew, HL Hunt and others. Forbes didn’t compile his list of the top 50 donors until decades later, of course, but a lot of those people would have been on a hypothetical of their day.

“While these examples suggest the difficulties religious leaders sometimes have in distancing themselves from the wealthy, it was important that American religion be as diverse as it was,” writes Wuthnow, before exploring the thought further. and the work of the Social Gospel and Catholic Social Education movement.

Less in itself, only tenuous resembling

Why religion is good for American democracy begins his treatment of the more recent example of “wealth ministries” by defining them as “programs of education and action aimed at wealthy individuals themselves and those aspiring to be wealthy,” in the words from Wuthnow. “These were ministries aimed at educating and supporting the rich by relating their wealth to theological frameworks and directing it to practices compatible with those frameworks” and “they focused on the rich rather than the poor. and they dealt with the use of money in the private sphere rather than seeking to guide it through government involvement.

Wuthnow claims that “philanthrocapitalism” is a “ministry of wealth”, and therefore religious. “Philanthrocapitalism,” to which the book devotes many pages, “is the term given to the idea that the rich can be good citizens through their generous involvement in philanthropy and through their application of business methods to their donations in the community. interest in reporting the results. more efficient and effective ”, as he explains.

“Philanthrocapitalism resembles the prosperity gospel in suggesting that wealth is deserved,” writes Wuthnow, however, and his

the intellectual origins can be traced to religious teachings in early modern Europe and America on the morality of capitalism. The recent connection to religion lies less in religious organizations and teachings per se and more in the expression of an exceptional gift which, as some scholars have noted, resembles divine beneficence and deserves the benefactor the kind of respect. which, in previous years, would have been reserved for the gods.

Wuthnow’s prime example of pious “philanthrocapitalists” – who champion the wealth gap, he says – is Bill Gates. Wuthnow quotes a response by Gates to Thomas Piketty’s harsh criticism of capitalism and the economic inequality that he says creates it. Gates specifically cites how the wealth generated by capitalism also translates into more philanthropy, enough to justify any downsides one might see in and of capitalism. “Well-done philanthropy not only produces direct benefits for society, it also reduces dynastic wealth,” writes Gates, quoted by Wuthnow.

Supposedly religious, Gates, for his part, doesn’t seem to wear that religion on his sleeve, as they say, either in this particular quote or in his life in general, for that matter. “Few of the best-known philanthrocapitalists have been noticed for their personal involvement in religion,” Wuthnow admits.

Rich philanthropy motivated by religion is generally identified as ‘traditional’, meaning that the money is given to recipients who are vetted in terms of religion or some other mark of dignity and are then responsible for how funds are spent rather than getting involved in business activity closely guided by the donor.

Yes. (Or, amen?) This makes sense: Religious philanthropy would include, or perhaps just be, the provision of grants “to beneficiaries who are controlled in terms of religion.”

But Wuthnow maintains that the “line between traditional philanthropy and philanthrocapitalism, however, is indistinct.” It is not convincing. He cites a World Vision study showing evangelical donors giving more to projects involving small businesses and a Partners Worldwide project connecting American business leaders with entrepreneurs in poor countries.

No stronger evidence? It is certainly not, as they say, the faith-based philanthropy of “your father” (nor that of your father).

“Philanthrocapitalism shapes the environment in which religion operates in a way that also influences how religion relates to society,” Wuthnow postulates, and “[s]There is some evidence to suggest that small philanthropic organizations founded by religiously motivated individuals have also increasingly adopted philanthropic business models.

The line separating actual traditional religious philanthropy from that practiced by Gates and his pious peers in the country’s reigning philanthropic establishment is, in reality, quite distinct. Calling the latter’s fashionable philanthropic component “religious” doesn’t make this line any less distinct.

Wuthnow may be right that religion has historically been good for the diversity it brings to teeming America, e pluribus democracy, in addition to or beyond the unifying values ​​that it could bring. Let’s hope so. It is also the case, however, that an increased receptivity and respect for religion as it is historically understood would bring great benefits to America’s contemporary and ideologically monocultural philanthropic establishment.

This article Originally published in the Giving Review on September 15, 2021.